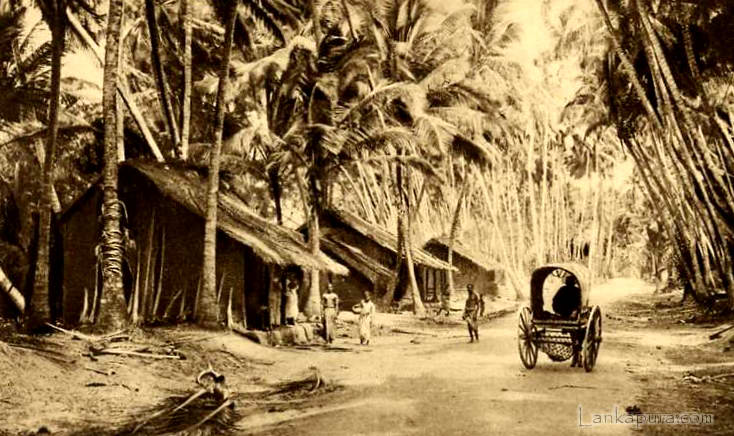 Get caught up on this story –

click here for part 4 – the newtons of old park view

The orphans spent their childhood shuttling between foster-homes and boarding school.  It would be years before some of the six siblings set eyes on each other again.

Early one morning in 1905 Shadrach Samuel, aged twelve, stepped off the platform at the Fort Railway station in Colombo and into the open arms of his mother’s youngest sister, Rebecca (Danvers) Perinpanayagam.

Aunt Rebecca’s husband, Samuel Alfred Perinpanayagam, was an accountant in the employ of Bousted Brothers, the agents for Colombo Electric Tramways and Lighting Company.  Their residence in Messenger Street, Kotahena became home for the next several years and Shadrach was the unofficial eldest child of the newly weds.  He called his aunt Amma (Mum) and thrived in her care.  His siblings later followed suit and accorded her the same honour  when they addressed her as they would their mother.

The family grew when the babies came.  Cousin Stephen Edgar Rasasingham arrived when Shadrach was fifteen then baby Donald Edwin Balasingham who died before his first birthday, and finally George Walter Kulasingham.

As he grew into manhood the twelfth birthday letter from his grandmother remained Shadrach’s most treasured possession.  He found quiet moments to feast his eyes on the elaborate handwritten curlicues of the Tamil script.  The notepaper was fragile from frequent handling, the stamped, addressed envelope frayed and falling apart.  He could recite the words off by heart —

The passage of time ushered Granny Harriet Danvers into eternity, but the prophetic power of her written words lingered to become a compelling, guiding force in her young grandson’s life.

The years in Aunt Rebecca’s home were happy ones, but the memory of his paternal uncle’s betrayal was an unrelenting, plaguing presence .  As soon as he reached the age of legal majority, Shadrach filed action against his father’s brother, the man who robbed his widowed mother of her home and property in Vavuniya.  He laid claim to the house and the surrounding property, but was – perhaps unwisely – uninterested in taking on the burden of farming the extensive acreage of paddy fields extending beyond.

The court ruled in his favour.   Shadrach had the land divided equally, earmarking a sixth for himself and his five siblings.  These parcels of property would later be passed on to the oldest son of each Samuel brother or sister.

In 1918 bereavement came to the home in Messenger Street with the death of Uncle Samuel Alfred Perinpanayagam.  Aunt Rebecca was prematurely widowed after fourteen years of marriage.  Shadrach slipped into the role of surrogate father-figure to his two young cousins.

His fascination with scrap-metal (which he salvaged and sold for pocket money during the boyhood years of World War I) and the years in the service of his employer, made him an authority in the hardware business.  He rose from the ranks at the British firm of Hoar and Company — from apprentice errand boy and general dogsbody — to the position of Store Manager.

Shadrach learned to speak Sinhalese, the language of the south, with the flawless accent of the native. With wisdom unprecedented for a man of Tamil heritage, he taught himself to read and write the language as well.  The latter was an unusual move which would stand in his favour in a nation that would experience ethnic unrest and bitter division in the troubled post-colonial decades to come.

As Shadrach approached his thirties, his unerring business acumen guided him to purchase a home on Messenger Street in close proximity to his beloved Amma.  Shortly thereafter, when Hoar & Company wound up their business, he took a massive leap of faith to invest in the firm’s unsold stock — steel and miscellaneous hardware — which was delivered to his address and piled up in the yard around the house.

And so commenced the era of the entrepreneur and the birth of a business that was first named Ceylon Hardware Stores.

Shadrach operated a shop out of a shed at his residence and hired Cousin Stephen Edgar Perinpanayagam, a teen-aged student at St Benedict’s College, to walk over from school and mind the store. On weekdays, clad in school uniform, Stephen Edgar held the reins during his lunch interval while Shadrach took a break to eat and attend to other matters.

There were advantages to living in the vicinity of the Colombo harbour. When commercial vessels sailed into port, Shadrach scoured the ships’ cargo for bargain merchandise for his store shelves.  He also kept a sharp eye out for unique items he would acquire as gifts for his family. An elderly niece remembers the German clock which, for decades, took pride of place in the home his sister, Anna Chinnathangam.

When Shadrach purchased his house on Messenger Street, his brothers and sisters had an official family home in Colombo.  One by one, they found their way to the capital city and took up temporary residence at the bachelor abode.  Anna Chinnathangam, now a young schoolmistress who lived in a boarding house in Jaffna during term-time, looked forward to the school holidays and the train-ride south.  This thrice-yearly exposure to city life influenced her style and sense of fashion in a way that made her stand out amongst her provincial contemporaries up north.

The business began to grow and Shadrach got his older brother, S.V. Chelliah on board as manager of Ceylon Hardware Stores.

Graduates of the American Missions schools of northern Ceylon were highly sought after in Colombo and in the British colonies of Singapore, Malaya and Burma.  Young Tamil men in search of employment flocked to Colombo or sailed off to Far Eastern ports to enlist in the service of the colonial government.  One such ambitious hopeful was David Sinniah Kanagaratnam, who journeyed south from Jaffna to the capital city.  He obtained an introduction to Shadrach Samuel, who, in the northern circles, was making a name for himself as an up-and-coming businessman.

Shadrach, in the absence of a father, had assumed the responsibility of procuring husbands for his three sisters.  When the tall, good-looking young Kanagaratnam presented himself, Shadrach hired him to fill a position in the bourgeoning business.  The offer, however, was conditional.

“If you became a Christian,” Shadrach suggested, “and married my sister …”

David Sinniah raised no objection. The bride in question was pleasant, petite and pretty.   He agreed to give up the Hindu faith to marry his future employer’s older sister.  The couple exchanged their vows in church under the auspices of an Anglican minister, and Sarah Chinnamma Samuel, the oldest child of Samuel Vethanayagam Subramaniam and Mary Chellamma Danvers, became Mrs. David Kanagaratnam.

The steam engine rattled northward along the coastal tracks leaving plumes of smoke in its wake.   The passenger grew drowsy as he peered out at the dark forms of swaying coconut palms and flying pin-pricks of light dotting the shadowed landscape.  He was stocky and slightly short of average height, with a thick shock of jet-black hair and dark line of neatly trimmed moustache grazing his upper lip.

Shadrach Samuel was riding the rails all the way up to the northern tip of Ceylon.  He’d been summoned home by the relatives who’d  located a suitable candidate on the local marriage market. It was time, they said, to marry and settle down.  Thirty-two years old, a self-made man of modest means, Shadrach had no reason to object.  After a flurry of letters and  telegrams he packed a suitcase and boarded the overnight train to Jaffna.

He was going to stay at the home of Mr. and Mrs. Charles Newton of Old Park View, Chundikuli.

Click here to go to Part 6 – He Changed His Mind

Share this Story.  Check out the buttons below and pass it on.

CLICK HERE FOR THURSDAYS WITH HAROLD, THE NEW NOVEL BY SELINA STAMBI

5 thoughts on “A Bride For Shadrach (Our Present Past 5)”

This site uses Akismet to reduce spam. Learn how your comment data is processed.

Take a walk in Selina’s Summer Garden Of Dreaming 2021

Check Out These Pages